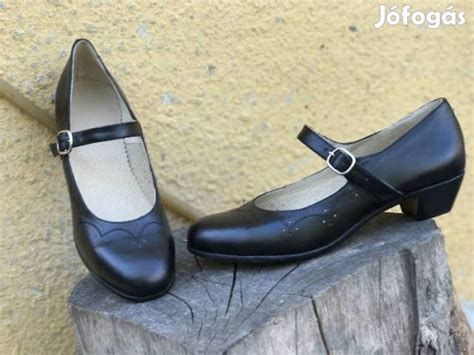 It was already at the age of 16 that I could first try dancing and it only happened because I took part in a student exchange program. I was part of a group of about 20 girls and boys from our high school who could go and live with a couple of Welsh families near Llandeilo for ten days and so we had to bring something as a present – Hungarian folk dance seemed just perfect. By then I had already expressed my wish to my parents many times that I really wanted to do some dancing but nobody let me – they said I should study, help at home and be quiet. Now I know they probably didn’t have the energy to schedule my yearnings but at the time I felt quite neglected, unloved even as there never seemed to be time for my aspirations. Anyway, I got into the dance group who were supposed to amaze the Welsh audience and although none of us had danced ever before, our Welsh families were pleased enough with us when we got there. Apparently, these dance classes were a chance for me to totally fall in love with dancing once and for all.

I danced through the next 11 years into an entirely brave new world where I made fantastic friendships and attained good endurance but most important of all I learned that the best thing about dancing is the process of doing it. Fortunately, I bumped into a group of people during university who I could connect to on various levels and together we created a dance community whose members have been in touch for the past 17 years. I have always been absolutely grateful for my dancing friends because they gave me the first chance ever to really feel part of a community as a precious and loved member. From then on, I could start becoming the person I am meant to be and this is thanks to my friends and thanks to dancing.

Our group never aspired to show what we do – we danced because it was important for us and because we simply had fun in each others’ company. Although we had set dance classes three times a week, it didn’t really mean much because we got down to our club every single night and learned new steps from around six till midnight or later if we felt like it. Of course, we had to get up in the morning and go to our seminars just like everyone else but dancing was such motivation and gave us such energy that this way of life felt absolutely normal. It was normal. I don’t remember being tired: I was living in a constant flow of joy.

Our dance teacher was also a special person and I think we all feel grateful for him, too. Jani was comfortable in different dance styles, not just folk dance, which fascinated us and it also meant that through his knowledge we could get a glimpse of a wider context. He gave us tips that made us more conscious of our body and he could also illustrate different interpretations of connection between leaders and followers. Jani’s experience and knowledge of dance culture and communities in different regions in Transsylvania and Hungary broadened our horizons. His open, kind and deeply humane personality is still an example for me and I guess, for many of us.

Dance steps were the first to lead us to form a great community but it soon became clear that we shared much more. We had never-ending discussions and arguments about how we should lead our lives, how we should work, love and create a better future. We had a serious intention to stay in touch and even to form a community of brethren helping each other. Naturally, this didn’t happen in the way we planned: we never bought common land or even stayed close to each other geographically but in our hearts we are still there for each other and I am absolutely certain that in any case of need I could count on any of these friends of mine even if we hadn’t talked for some time. The fact in itself that once we had real intentions to live a noble, eco-friendly and honest life has always served as a compass for me. The experience of shared love and respect has, too.

As I was expecting my first child, I had to stop dancing and my three pregnancies created a long gap between my dancing years. As a mother of three I have gained fantastic experiences and an even deeper love of and zest for life, but all this has also transformed me to become a much stronger woman. This change has affected my “dancing career” and although when I tried folk dance again after 7 years, I felt as if I had been missing a body part for a long time, I had to give it up. I simply realized that the rigid rules and traditions of Hungarian folk dance affecting the woman in the process of dancing limit my freedom, which I cannot bear any more. It took me a long time till I found my other true love again in terms of dance styles but now I even have three so there is nothing to complain about. 🙂